In precision agriculture applications It is usual to use greenhouses in order to ensure an optimal environment for the growth and development of the plants. To achieve this, it is necessary to use sensors and actuators that allow the measurement and control of those parameters.

In cases where an automation system is installed, in general, PLC-based control systems such as those found in industrial applications are used. While this solves part of the problem, those solutions are not intended to allow continuous and remote monitoring. This is achieved through the use of IoT systems.

Our solution consists of the deployment of a set of sensors that allow knowing, in real time, the most important parameters of the plantation and the environment in which it is developed. Among many others we can use the following sensors:

• Ambient temperature and humidity: Used to check different micro-climatic conditions in the prevention of diseases.
• Soil moisture and temperature: Moisture sensors, placed in the soil at two different depths, allow evaluating the percentage of water at the surface and at the root level. They are widely used in optimizing irrigation and saving water.
• Leaf temperature: These sensors are useful when observing the passage of water on the surface. In turn, it allows the study of temperature differences in plants. The sensor basically tries to establish thermal equilibrium in close proximity to the space around the leaves.
• Leaf humidity: Double-sided sensors to analyze the humidity on the upper and lower face of the leaf, widely used to prevent fungi.
• Dendrometers: With the micro-variations of the stem diameter, the water stress of the plant and environmental influences can be estimated.
• Meteorological stations: They allow investigating the effects of speed, wind direction, relative humidity and atmospheric pressure on the crop.
• Pyranometers: They allow to measure very precisely the incident solar radiation on plants.

All data is uploaded in real time to the IoT platform, it is stored in a database and made available to the user through dashboards tailored to their needs.

More importantly, when any parameter goes out of range, automatic notifications are generated that allow problems to be detected before they become critical.

In this way, the environmental conditions of the crops are improved but most important, the risks are substantially reduced and system operating costs are lowered. 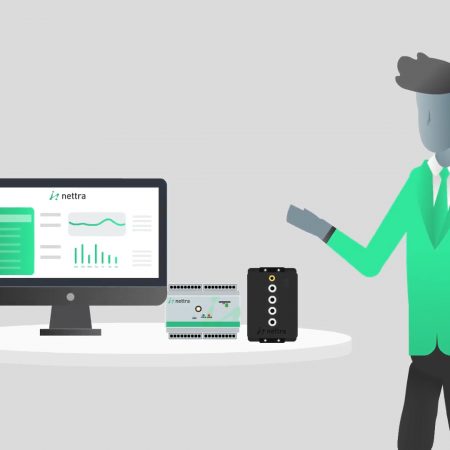